Tannice Hemming has been struggling with her Virgin Media O2 broadband for some time now. A medical writer working remotely, Hemming was unable to arrange or attend work-related video calls. Seeking help, she reached out to her provider via Twitter, only to be told her issue was best handled on Virgin Media’s tech forums.

While other users of the service on the forum were happy to offer help and advice, Hemming has yet to receive an official response from a Virgin Media employee. Attempts to reach a Virgin Media representative on the phone also directed her to the tech forums.

“They won’t tell me how to talk to someone,” she said. “They won’t admit that they don’t provide a telephone method of customer service. You can’t talk to a human – there’s no way to.

Hemming’s case is not unique. As Britain’s leading broadband companies dream of record profits this yeara recent survey by industry regulator Ofcom found that only half of customers were satisfied with the way their complaints had been resolved. That discontent is laid bare in the thousands of angry complaints to the company’s Twitter accounts about unclear advice, long wait times and, in some cases, reps simply hanging up the phone. On Facebook, meanwhile, a small community of users have coalesced into groups to vent their frustrations – one, with the evocative title “Virgin Media BAD INTERNET Customer Service Support Group”, has more than 5,300 members.

Poor customer service is not unique to broadband companies – a recent survey by Business financing, for example, found that hotels, airlines, banks, and energy companies all performed worse than the telecommunications industry when it came to resolving complaints to customer satisfaction. In our post-pandemic era of hybrid working, however, the feelings of isolation and anxiety that come with an unreliable internet connection have only worsened. In the midst of a cost of living crisis, these emotions can turn to anger and discouragement.

“We are still no closer to resolving the situation,” Hemming says. “I spend all day turning Wi-Fi on and off and using data sometimes to avoid service interruption as it just drops.”

Customer service in a cost of living crisis

James Davis feels the same. A corporate health and wellness coach at 38ºN, Davis found himself and his family in dire straits when their landlord evicted them on just one month’s notice. Forced to move back in with his parents, Davis called BT to cancel his contract at his old property.

“I called BT to give a month’s notice, explaining the circumstances,” he said. It took conversations with six different customer representatives for 45 minutes, Davis claims, before a manager informed him that he would have to cancel his existing broadband contract and transfer his account to his parents or face a fee. cancellation fee of £188. “In the midst of a cost of living crisis and a housing crisis, it seems unfair that when you are forced out of your home, BT wants to penalize you,” he says. 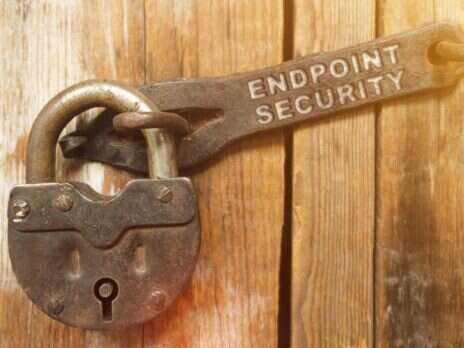 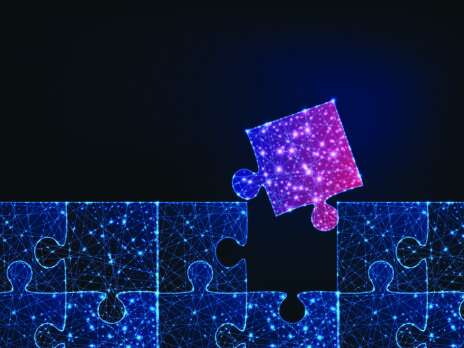 It was only when he called back and asked for a standoff letter he could provide to internet regulator Ofcom that BT changed its mind. “I was put on hold for five minutes and then they came back to say they were dropping the charge,” Davis says, explaining that BT hadn’t told him about their complaints procedure or their right to do so. raise their concerns with the industry ombudsman. .

When approached for comment, BT and Virgin Media said they prioritize providing good customer service. A Virgin spokesperson said the company was “always happy to help customers in difficulty”, including over the phone, its online community and its instant messaging service. They added that it was untrue that customers were unable to speak to the company over the phone about issues or complaints, and that the company would “never intentionally leave a customer unsupported”.

Data, insights and analysis delivered to you
See all newsletters
By the Tech Monitor team
Subscribe to our newsletters

A BT spokesperson, meanwhile, said Technical monitor that the company is “committed to supporting all of our customers who are concerned about their finances” and that its call center staff “are trained to identify and match those who need help with products that meet their needs”. The spokesperson also confirmed that if a customer cancels their service while under contract with BT, they could be subject to early termination charges included in the terms and conditions of their broadband contract.

It is true that the majority of consumers feel satisfied with their broadband provider. According to Ofcom, only one in five users contacted their provider about a problem in 2021, down 6% from the previous year. Those who did, meanwhile, spent an average of 2 minutes and 16 seconds before speaking to an operator, although this did not appear to take into account wait times after customers were transferred to another service.

However, only half of the customers who complain are satisfied with how the complaint is handled – with 37% on average getting a resolution on first contact with their supplier. In addition, the number of customers dissatisfied with the performance of their broadband is now at its highest level since 2016, according to the Customer Service Institute, with 20.6% of consumers believing that the service provided is insufficient. “Customer satisfaction in the telecommunications sector remains overall below the average for all sectors in the UK,” says its managing director, Jo Causon. “As a group of providers, they still have a long way to go to provide consistent excellent service to their customers.”

The way forward for telecommunications operators is clear, explains Causon. Companies should, she says, make it easier “to get in touch with the right person with a choice of channels and to develop more skilled and trained staff to deal with customers who have a range of different needs”.

Telecom operators also need to overhaul their existing IT systems and upgrade the skills of their staff, says Natasha Rybak, an analyst at Global Data. “Telecommunications companies are finding themselves under pressure to improve poor customer service at a time when people’s technical support needs have become more varied and complicated, as have the service and device options available,” he said. she. “Legacy business systems need to be integrated and overhauled, and support staff need to be trained on everything from Wi-Fi and interactive TV to exact billing details for four, five or six different services per household. see more.”

Creating new channels through which customers can contact a dedicated company representative is also beneficial, adds Rybak. The UKCSI shows that customers are more satisfied with telecom providers who use apps to communicate with consumers (82%).

Investing in these kinds of channels, says Rybak, is an easy way for telecoms operators to adapt to the complicated reality of communications in modern Britain. Companies like BT, Virgin Media and others “need to cater to everyone, from my grandfather, who wants to talk to ‘a real person’, to my mum who is comfortable negotiating with automated voice interfaces, to my niece who prefers to just go online and take care of everything herself with a few clicks and swipes.

Many ISPs have, in fact, already begun to approach resolving customer service requests through this multi-channel approach – as Hemming discovered when she was directed by Virgin Media’s Twitter account to company technical forums. Even so, Ofcom data shows that 86% of customers would rather call their supplier than send a message, suggesting that, for now at least, further investment in training center representatives calls should be a priority to avoid scenarios like those of Hemming and Davis.

It’s not easy for broadband providers to chart the way forward, says Rybak. “That’s no excuse, but the problem is that there’s no simple guide to follow either,” she says. “They have to write it as they go, and they often get it wrong – or at best, not right enough.

Rationalization of the customer relationship for more than 15,000 companies

Repairing the customer relationship after the supply chain crisis

8 Tips for Maintaining and Strengthening Customer Relationships While Working Remotely

How to amplify the customer relationship in the metaverse